The Renault Kwid is a massive success that has helped the French car maker to strengthen its presence in the Indian car market further after the huge popularity of the Duster compact SUV. Renault managed to strike the right cords with the Indian car buyers with the impressive Duster in the immensely popular compact SUV segment in India, but with the Kwid, the French car maker’s move had been much bolder. The entry-level hatchback segment of India is fully dominated by India’s top two car makers, Maruti Suzuki and Hyundai. While the Maruti Alto is the country’s bestselling model, the Hyundai Eon has been a hugely popular name too. Thus, pitching a model in this tough segment is a very difficult task indeed, as the first time buyers usually stick to the established names. However, Renault went ahead and offered something revolutionary in the form of its Kwid, and this made all the difference. The Kwid’s SUV-like styling, class-best ground clearance, spacious interiors and great features made it an instant hit.

The huge demands for the Kwid, made Renault introduce the more powerful 1.0-liter engine version of the car, and more recently the AMT (automated manual transmission) version as well. The new Renault Kwid AMT which is named as the ‘Easy-R’ is as impressive as one can expect, and actually exceeds the expectations from a model in the Indian entry-level hatchback segment. The Renault Kwid Amt can be rightly called the car for the modern and smart first time car. However, if you can’t decide whether you should actually go ahead and get home the Kwid AMT or not, here are the top 10 facts about the car that should impress you. Take a look:

The Renault Kwid Easy-R comes with an automated manual transmission gearbox. This means that the model gets equipped with the same 5 speed manual transmission as that of the standard model, but it gets empowered by the added Bosch AMT shifter unit. The AMT unit in the Kwid is one of the best AMT systems that we have tested in India so far. 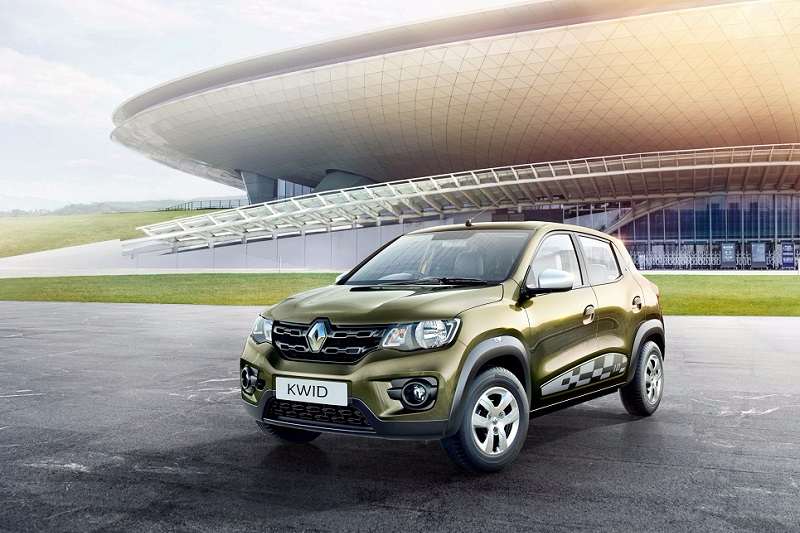 The automatic shifter on the Kwid AMT or Easy-R is actually the best part of the car, as it is not a conventional gearshift lever. Renault decided to up the already impressive premium quotient of the car by endowing a rotary knob gear shifter on the car’s dashboard. The premium style rotary knob offers three drive options – R (reverse), N (neutral) and D (drive). The driver can easily select these drive modes by simply turning the knob. By the way, this rotary knob gear shifter is somewhat similar to the premium rotary knob offered by Jaguar Land Rover.

This gear selector rotary knob has only three options and unlike most of the other AMT units does offer a sport mode, which means that it does not offer more spirited driving sessions. Unlike other AMT units, the Kwid AMT also does not offer the optional manual mode either. However, it is very refined and impressive when handling is concerned which is also unlike most of AMT units available in the current Indian market.

The Kwid Easy-R comes with a standard safety feature of ‘brake hold’ when the car is at a standstill position and set in ‘Drive’ mode. This feature ensures that the car will not be creeping forward unless the driver presses on the throttle pedal. The Easy-R also offers the convenience to the driver of not having to physically hold the brake pedal down or immediately shift to the Neutral mode, every time the car is halted in a heavy traffic situation, order to refrain the car from rolling forward. Thus, the standard brake hold feature is really a handy thing, especially for the new drivers who need to get the hang of automatic transmission.

Another great thing is that the Kwid Easy-R is only available in the more powerful 1.0-liter petrol engine version and not on the 0.8-liter version. This means more power comes as default, if you choose the AMT model. The 1-liter petrol mill engine generates 67 Bhp of max power and 91 Nm of top torque. Even with the AMT gearbox, the power delivery is very smooth and linear.

The AMT unit in the Kwid is really smoother than many other AMT units. While there is slight jerky feeling in the first and second gears, the other gears are really smooth. The Easy-R with its AMT gearbox really offers easy and hassle free drive experience, especially in the heavy traffic stricken urban roads.

The AMT option is currently only available in the range topping RXT model. Renault will be also launching a lower variant of the Kwid AMT depending on the consumer demands. All interested buyers can book the Kwid Easy-R with a token amount of Rs. 10,000.

The Kwid AMT comes with the same feature loaded interior of the top-end variant. It offers a touchscreen infotainment with inbuilt navigation system along with many more attractive features. It offers the same class best interior space and large cargo space, while offering even more space at front on the central console than the regular MT version owing to the missing gearstick.

The Kwid AMT offers the same design as the 1.0-liter version, with the only cosmetic changes in the form of the Easy-R badge on the bootlid. The AMT version also gets the same sporty chequered flag decals on its lower sides as that of the 1.0-liter manual model.

The new Kwid Easy-R rivals the Maruti Suzuki Alto K10 AMT and the very affordable Tata Nano AMT models. The Kwid’s more premium appeal also sets it against few models from a notch upper segment like the Maruti Wagon R AMT and the Maruti Celerio AMT, both of which are more expensive. The Renault Kwid AMT price is another attraction. Priced at Rs. 4.25 lakhs (ex-showroom, New Delhi) the Kwid Easy-R is cheaper than Wagon R AMT and Celerio AMT, but is pricier than its own-class rivals – Alto K10 AMT and Nano AMT.sss

4 Tips in Buying a New Home

Why Are Tummy Tuck Surgeries Popular Among Men?

Just Ask The Experts For Shipping Of Your Car

Do You Know What To Do if You Get Injured?

What Is Carfentanil and Its Link To Drug Overdose